Can You Travel the World With Kids (On a Budget)?

Hey everyone! I must be getting old or something because the guest posts that really stand out to me lately are ones about kids. Maybe I have the itch or something? Who knows haha.

But today’s post by Laurie from The Three Year Experiment is about something I LOVE. Travel. My wife and I have really started to prioritize traveling, and something I’ve always wondered about is how we’re going to be able to do it with kids. Even more important – how can we travel with kids and not spend way too much money?

Laurie has some killer ideas for saving money while traveling the world with the kiddos. Enjoy! ~M$M

My family is currently on a three-year journey to double our net worth and become location independent.

Location independence? What does that even mean? Several years ago, I followed a blogger who took an around-the-world trip with her family.

As I gazed at her pictures, I imagined my own family traveling across continents, being “world-schooled,” opening up their young minds to the different religions, opinions, ethnicities, and customs. Her family made the trip work because she and her husband worked remotely.

They had online businesses and book deals and were able to take ten months and travel.

Our family was a little different. My husband is Chilean, and we met when I lived in South America in my 20s. We were both diametrically opposed to the idea of dating someone from our respective countries, so, of course, we fell in love and got married.

We moved to Atlanta, Georgia, the region where I was from, and he got a job in translations while I worked in marketing. In the next few years, we had two kids and began to raise our family. Then, he found an incredible job opportunity in New Hampshire, so our entire family moved to the Northeast and settled in.

He loved his job, and we’d found a quiet, idyllic community to raise our kids. But, the job had become golden handcuffs. We had to live in this area of the country for him to keep his job, but it was slowly making us miserable.

Winters in New England, where we lived, were long (Long! I tell you! Seven months of snow will make a grown woman cry). It was hard to cram vacations into the three weeks a year we had available, especially because we had family in two continents, and all very far away.

To be able to work from home, or the road, and to be able to take longer vacations, even if they were working vacations, would give us the chance to see new things. We like a certain amount of stability, but we also crave adventure and novelty, and we were happiest when we took lots of vacations and had long stretches of travel to new places.

So just over a year and a half ago, my husband and I hatched a plan. We figured out that if we doubled our net worth, and were able to find remote jobs (even if they paid less) then we could become location independent and create a life of travel and flexibility that suited our family’s particular needs.

Location independence is a term that is flexible enough to encompass lots of lifestyles. For some families, like the around-the-world blogger I followed, it means extended travel to lots of international companies while working.

For others, it means the flexibility to practice geographic arbitrage and live in a lower cost-of living-city or near family. For us, it will mean the freedom to lay down roots near our family while using summers and breaks to travel for long periods of time.

My husband and I believe in traveling.

A few years ago, we sat down and really thought about what our most deeply held values were. We’d weathered a rocky few years right after we had our first son, including two layoffs in one year and lots of economic uncertainty.

We’d spent eighteen months digging ourselves out of debt and the next decade building a solid net worth, through lots of trial, error, and sacrifice. We knew we wanted to live a life that made sense to us and reflected our most deeply held values.

So we came up with three values that meant the most to us—family, financial independence, and travel. Some of those values are congruous. For example, if we travel to Chile more we’ll get to see our family there more. Sometimes those values counteract each other. If we spend more on travel, we have less money to invest for the future.

But we’ve worked on fitting all three into our location independence plan.

We have spent an average of about $6,500 per year on travel, for the last seven years, all while saving and investing to create financial independence (we’ve managed to save 40% of our income, on average, during those years).

Slow travel is a lot cheaper than rapid travel. When you’re forced to cram a week in Florida into your kids’ Spring Break schedule, you’re going to pay through the nose for airfare, battle higher prices at hotels, have more crowds, and feel compelled to spend more since you only have a few short days of vacation.

We try to take trips that last at least three weeks. Often, we plan the trips over Christmas and New Year’s. Many times, we go during summers, and once in a while, we pull the kids out of school for two or three weeks in the fall or spring.

That way, we can plan our trip based on when airfare costs less. This year, we went to Chile and the Atacama Desert during December and January. It was the middle of the winter in New Hampshire, while Chile was in the middle of summer.

We had a home base in Santiago and then went up to the driest desert in the world for a few days. We saw breathtaking scenery in the desert, and we also relaxed and took it easy in Santiago. We swam in our apartment’s pool, went to the farmer’s market twice a week, and went to a park or museum every other day.

We’ve prioritized jobs that have lots of vacation time. My husband gets four weeks a year and I am a part-time teacher, so I get summers and vacation weeks off.

When we become location independent, we’ll have even more flexibility, as we’ll be able to extend those travel sessions by working remotely for weeks at a time.

It’s easy to fall into the trap, when you’re traveling, that you need to hit all the pricey tourist destinations. We’ve done it plenty of times.

But often, the sweetest memories we have of travel involve walking around a city, playing in a park, or discovering a hidden gem of a museum. Plus, when you travel with kids, they need a certain amount of time outside to run around and play.

We love to go to a local supermarket, stock up on unusual-looking foods, and make a picnic in the park. And taking pictures of iconic landmarks is free – you don’t have to go to the top of the Eiffel Tower.

Likewise, when we’re in a new city, we find a cool ethnic restaurant and try it out or grab takeout. We don’t have a lot of variety in our small town, so grabbing some food to go is still an exotic treat for us.

People are usually really surprised when I tell them how cheap it is to travel within Southeast Asia. The most expensive part is getting there, but once you’re in Thailand, expect to pay $1 or so per person for the most amazing street food you can imagine or just $5 for a massage.

We paid $23 a night for our AirBNB. Latin America is similarly inexpensive. We use Scott’s Cheap Flights (we pay $39 for the Premium Service each year) to find low-cost deals to those locations, and then have much lower vacation costs.

The service emails us when they’ve found low-cost air deals, and then you book them yourself. For example, yesterday I saw a nonstop Boston to Barcelona deal for $265. If we find great airfare to a cool place, we’ll plan our trip around that.

For our family, we make travel work while still pursuing location independence.

The first thing we do is budget for it: we save money every month for our vacation fund.

The second thing we do is plan for it: at the beginning of the year we plan our big trips, and make sure we’ll have enough money left for last-minute small trips, too.

Finally, we take it slow: when you travel with kids, you’re not able to cram as much sightseeing into the trip as you would with just adults.

So we lower our expectations about what we can do in a day and make sure we have enough time.

We’re not location independent yet, but we’re excited about getting there soon. In the meantime, we’ve got a summer full of travel planned.

Laurie and her family currently live in the woods of New Hampshire but are working towards their dream of location independence. Laurie blogs about their journey at The Three Year Experiment. 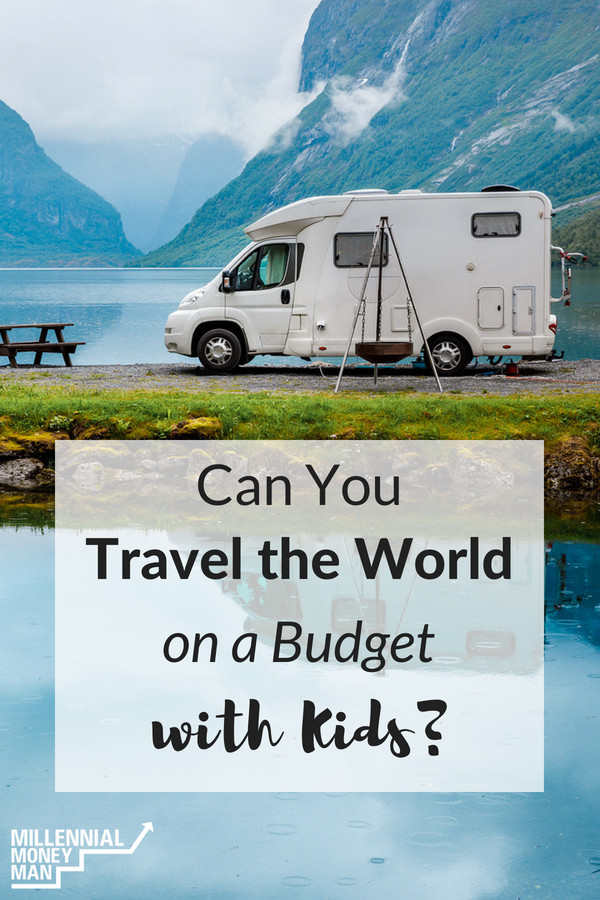