Uber Driver Reviews – What it’s REALLY Like Working for Uber

Driving with Uber has become one of the most popular side hustles of the past few years, but some Uber driver reviews often make the job is hardly worth your time.

There are 7 main points that I saw time and time again in those reviews, and that’s exactly what you’re going to learn about today. The result is an unbiased and honest account of what it’s like driving for Uber.

1. You will probably earn less than Uber advertises

The amount you make driving with Uber depends a lot on where you’re driving. There are some markets where you’ll make significantly more than others, so it’s hard to give a blanket estimate for all Uber drivers.

Uber does give you an earnings estimate based on what drivers in that location have made over the past four weeks.

What you’ll find out from most Uber driver reviews – I’m talking real drivers – is that your pay can vary drastically from ride to ride and day to day. And most drivers I’ve talked to say they average a dollar or two less than Uber estimates.

There are a few reasons for the discrepancy. One, drivers’ income depends on tips, which can add a considerable bump in your pay. Plus, Uber drivers keep 100% of the tips they earn.

Another big reason for income discrepancy is that some hours are much busier than others. If you want to maximize your pay from Uber, you should try to drive when prices are surging. Surge pricing goes into effect when there’s an especially high demand for Ubers. Higher demand = more expensive rides = drivers earn more.

Surge shows up in your Uber driver map. While there aren’t set surge hours, surging is more likely to happen between7-9 am and 4-7 pm during the week and from 9 pm-1 am on the weekends.

There’s one more reason that Uber drivers often don’t earn as much as Uber advertises, and it’s a big one…

2. There are unexpected costs

This isn’t unique to Uber. Any time you make money driving your car, you need to spend more money on gas, car maintenance, car washes, detailing, and insurance.

Spending more money on gas is probably obvious, but you’ll also need to change your oil more often, change your brake pads, get new tires, etc. Your car is basically your work equipment now, so it’s important to keep it in good shape.

Taxes are another expense most people don’t think about. Driving with Uber means you’re an independent contractor and responsible for your own taxes. Tax experts recommend saving 30% of your pay for taxes.

So, that’s insurance, tax, gas, and maintenance. Some drivers call these operational costs. They are, but they also decrease what you bring in at the end of the day.

M$M tip: There are several deductions Uber drivers can take to lower their tax burden. These include vehicle expenses, a mileage deduction, tolls, parking costs, the commission Uber takes from each ride, and your smartphone.

3. You can set your own hours

The first two points I brought up might sound like pretty big bummers, but here’s where Uber starts to become a more appealing side hustle.

Working for Uber is insanely flexible. You can drive for a couple of hours after you get off work. You can wake up early and drive before your kids go to school. You can spend extra time on the weekends driving.

And if something comes up, you don’t lose your job because you suddenly aren’t available. That’s huge.

The Uber driver reviews I’ve read talk a lot about the flexibility. Drivers love being able to earn money on their own time. You don’t have to make a major commitment, like starting your own business, or dedicate a ton of time in the beginning to learning how things work.

Here’s another positive of driving with Uber: it’s really, really easy to sign up and start driving.

There are some driver and vehicle requirements you should be aware of:

If you meet all of those requirements, you can sign up to start driving for Uber here.

It takes a few days for the background check to process (according to Uber driver reviews it can take up to 2 weeks in very rare cases), and after that, you’re ready to start driving.

Uber drivers have noted how easy it is to use the app, and there’s where you’ll find your fares and get directions to pick up and drop off your rides. Driving for Uber doesn’t involve a steep learning curve, and that ultimately saves you time.

You’ll start to learn what times are the busiest in your area as you drive more – this can increase your earnings. You’ll also learn which customers like to chat and which ones want space.

5. Driving with Uber can be a pretty enjoyable side hustle

Last year I took an Uber ride home after a night out with my wife, and the car that pulled up was a super boujee, new BMW. I was legit shocked to see that the Uber driver was driving a nicer car than I did.

Naturally, I asked her what someone driving a brand new BMW was doing driving for Uber. My wife was cringing at this point. Our drive said she has a decent paying day job, but she likes the extra cash and genuinely enjoys meeting the people she picks up.

Not all Uber driver reviews are from people who love the job, but many of the drivers I’ve talked to in-person actually like what they do.

6. You can (and should!) drive with more than one rideshare service

One way rideshare drivers increase their earnings is by driving with multiple companies. This is also true if you’re driving with food delivery companies like Postmates, Instacart, Shipt, etc.

Companies know and expect that many of their drivers are working for their competitors. And if you read through very many Uber driver reviews, you’ll quickly learn that most Uber drivers are also driving with Lyft.

The sign-up process is really similar among companies. Once you’re signed on for more than one, you can keep both apps open on your phone at the same time. Some drivers have two phones mounted on their dashboard so they’re not constantly toggling back and forth.

It’s easier to find fares that are close to you with both apps open. You can also get selective about where you pick people up from – you might learn that driving college kids to and from their dorms doesn’t pay as well.

7. Know what the most common complaints from riders are

Uber has a two-way rating system where both drivers and riders leave reviews for one another. It’s a 5-star system, and if a passenger gives you a rating of 4 or below, they’ll be asked to leave a reason.

After going through tons of Uber driver reviews, here are the most common reasons why riders give drivers 4 stars or less:

I’m bringing these complaints up so you know how to keep your customers happy and maintain good ratings. You won’t see a rating until you’ve completed a certain number of trips, and Uber says a couple of bad ratings in the beginning is normal and won’t hurt your average for long.

Your rating is the average of your last 100 trips, and if it gets too low, your account can be deactivated.

Uber is pretty tight-lipped about what the threshold is considered too low, but it’s believed that you don’t want to dip below 4.6.

If you’ve spent any amount of time reading reviews on the internet, you inevitably see more negativity than anything. I honestly think people just like writing mean stuff on the internet.

With all of that negativity, is it worth it?

The reality is that driving with Uber isn’t all that bad, especially if you know what to expect before you get started.

Driving with Uber is a flexible way to make extra money, bottom line. And for people who like driving and enjoy being around other people, it’s a win-win. 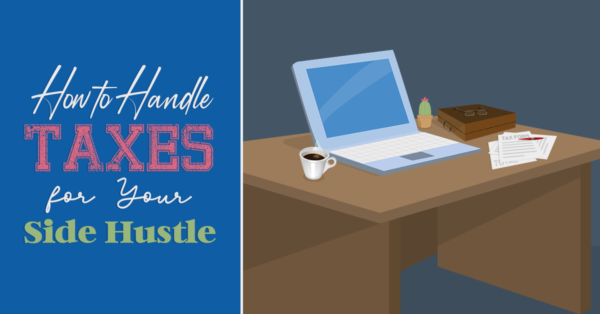 How to Handle Taxes for Your Side Hustle 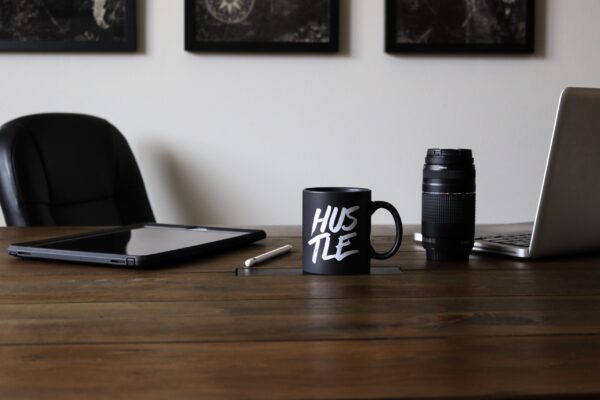