Postmates vs. Uber Eats | Which is Better for Delivery Drivers?

If you’re researching the best food delivery services to work for, Postmates and Uber Eats are bound to pop up. But which is the better choice for drivers?

As more and more people are choosing to stay home and order out for their food, on-demand food delivery services like Postmates and Uber Eats are constantly adding new delivery drivers to keep up with the need.

What many people don't realize is that Postmates was acquired by Uber in December 2020, so Uber Eats and Postmates operate under the same umbrella. Still, we're going to break down these two top delivery services to explore the differences and which is better for drivers.

What are Postmates and Uber Eats?

Now that Postmates and Uber Eats operate under Uber, there are very few differences. Customers can still go to the Postmates site or app and place orders, but when you sign up to deliver for Postmates, you're redirected to Uber Eats.

What is Uber Eats?

Launched in 2014 by Uber, Uber Eats is an on-demand food delivery service that's available in more than 45 countries and 6,000+ cities worldwide.

Uber Eats specializes in restaurant delivery, and customers can use the app to read menus, reviews, and ratings before they place their order. The customer stores their credit or debit card information in the app to make for a faster checkout.

Once the order is placed in the Uber Eats app, a delivery driver sees the order in the app, assigns it to themself, and then picks the order up, and delivers it to the customer.

Uber Eats delivery drivers can deliver meals by car, bike, scooter, or even foot, but this really depends on the market.

Postmates was founded in 2011 and delivers from local and chain restaurants, convenience stores, pharmacies, and even retail stores in some markets. Before Uber bought Postmates, it was known as the anything, anywhere, anytime delivery app.

As part of its promotional material, Postmates famously posted celebrity receipts showing the ridiculous amounts of money celebrities were spending on Postmates orders:

Postmates customers place orders in the same way they do with Uber Eats — find the store or restaurant on the app, place the order, and pay using the app. The Postmates delivery driver assigns themself the order in the app, fulfills it (this may involve shopping instead of just picking up food), and then delivers it to the customer.

One of the most notable things about Postmates is that it was acquired by its competitor, Uber Eats, 2020 for a whopping $2.65 billion.

Since Uber purchased Postmates, the requirements for drivers are the same for both, but let's take a closer look.

To sign up as an Uber Eats driver, you must:

When you go to the Postmates site to sign up as a driver, you are redirected to Uber and will see the exact same requirements as Uber Drivers.

Prior to the acquisition, the main difference in driver requirements is that you had to be at least 18 years old. Now you can be 18 and deliver for Uber Eats or Postmates, but that's only on bicycle or foot.

Does Postmates or Uber Eats pay more? That's the big question! Now that Uber Eats owns Postmates, drivers earn approximately the same for both delivery services, and neither openly advertises how much drivers make because it's dependent on where you’re driving, when you work, how often, and tips.

Based on Postmates and Uber Eats reviews on Glassdoor, Reddit, and Indeed, drivers make $7-$17/hour.

That might not sound very helpful if you’re looking for a solid answer, but earnings really can vary depending on different circumstances. For example, delivery drivers in dense areas typically earn more because they can do more deliveries in a shorter amount of time. In college towns, you might struggle to get tips.

It’s worth noting that you’ll be considered an independent contractor, meaning you’re responsible for withholding taxes. Most tax experts suggest saving 30% of each paycheck for side hustle taxes.

Food delivery and rideshare drivers also pay for their own gas, and there’s also more wear and tear on your car because you’re driving it more often. That means more regular oil changes, you may need new tires more frequently, etc.

There’s not a one-size-fits-all formula that says how much you’ll spend on car-related costs, but know that they will eat into your take-home pay.

If you're looking for higher paying food delivery services we highly recommend:

DoorDash Disclaimer: Actual earnings may differ and depend on factors like number of deliveries completed, time of day, location, and expenses. Hourly pay is calculated using average Dasher payouts while on a delivery (from the time you accept an order until the time you drop it off) over a 90 day period and includes compensation from peak pay, tips, and other incentives.

Postmates vs Uber Eats: How drivers are paid

Like many of these other sections, now that Postmates is owned by Uber Eats, there are virtually no differences in how drivers are paid. But we can dig into how pay works and what the differences were.

Like we said, the rates varied by city, but the table below will give you an idea of what those rates looked like in different parts of the U.S.

Postmates drivers still and always have gotten to keep 100% of their tips.

New Postmates drivers used to see a Starter Guarantee that promised they’d earn at least X dollars in their first few weeks. The terms depend on where you’re driving. For example: new drivers in Houston, TX who completed 30 deliveries in 14 days are guaranteed to earn at least $200.

Postmates also offered bonuses to increase your pay, including:

Postmates still pays weekly via direct deposit, or you can cash out anytime you want in the app. The instant deposit feature doesn’t have any limits, but it does cost $0.50/deposit.

The following Uber Eats pay formula is now what's used for both Uber Eats and Postmates drivers. It's been changed over the years (and it will likely change again), but the last time it was updated was June 2020.

The promotions pay you a little extra for things like delivering during busy times. Boosts are multipliers during busy times. Surge pricing is higher pricing based on the busy times – it’s similar to Boost, and Uber Eats will always pay you the higher of the two if they’re both happening at the same time.

Now that Postmates is owned by Uber Eats, they are nearly identical food delivery services. New Postmates drivers are redirected to signing up through the Uber homepage, and customer orders are now ordered by Uber Eats drivers.

Overall, these are solid side hustles, but you may be able to make more delivering for a competitor like DoorDash, or by delivering groceries with Instacart or Shipt.

What most people love about any of these food delivery services is that you’re not signing up for a long-term commitment, the delivery driver requirements are minimal, and you can leverage the apps to increase your earnings.

Can I drive for both Postmates and Uber Eats?
+-

Because food delivery drivers are considered independent contractors, they can drive for multiple, competing services at the same time. And now that Uber Eats owns Postmates, you are driving for both if you think about it.

What other delivery apps are worth driving for?
+-

Our definitive list of best delivery apps to work for has all of the best options for 2022.

Which is better Uber Eats or Postmates?
+-

Now that Uber Eats owns Postmates, there is no difference.

Orders that come through the Postmates app are now delivered by Uber Eats drivers. This change began taking place shortly after Uber Eats purchased Postmates in 2022. 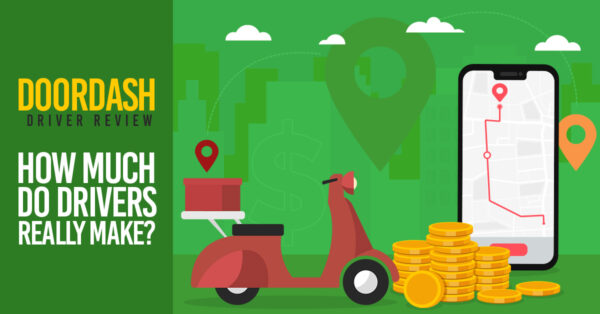 DoorDash Driver Review | How Much Can You Make in 2022? 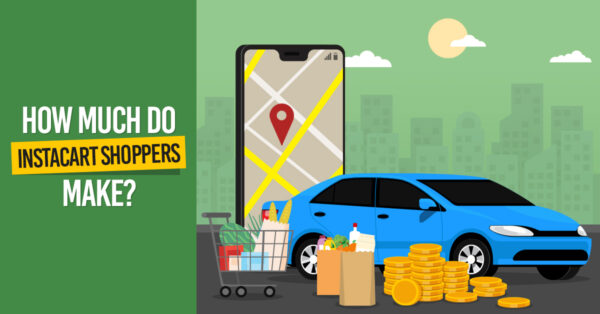 How Much do Instacart Shoppers Make? (2022 Update!) 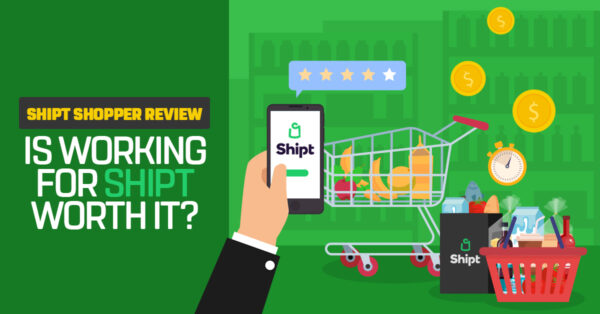 Shipt Shopper Review: Is Working for Shipt Worth It?