The Reason That Most People Don’t Pay off Debt

As this site has continued to grow (reaching almost 100,000 people a month now), I've started to see so many different stories from people that are working hard on their debt. It's really awesome – I get random emails and messages on Facebook from people that just want to share a cool part of their life with me.

I honestly believe that paying off a big chunk of debt is powerful enough to change the fiber of who you are. Through my own journey of paying off my student loans, everything about my perspective on life has changed.

Every day (and I'm very serious about this) I wake up and take a second to reflect on how great life is. From the moment I opened the letter from Sallie Mae, to today where I literally make a living writing about money, I'm just grateful to be alive AND do what I do.

But the journey here wasn't easy.

For every second that I reflect on how awesome things are, there's another second where I remember what it took to get here.

If you're in the process of getting rid of debt or already finished, what I'm about to say will resonate really strongly with you.

The biggest reason that people don't pay off debt is that it freaking sucks. It's not fun. You have to sit there and watch society leave you in the dust while you meal plan and wear the same crap clothes you had in college.

I've talked to people that are living at their parent's house. In their sister's basement. Busting their butts at two jobs while trying to make ends meet, AND throwing some extra cash at their student loans. Obsessing over every. single. dollar. that comes in and goes out.

It's physically and mentally exhausting.

The majority of people are inherently soft when it comes to money.

Sounds pretty harsh, right? It's not to be mean though – it's just what I've observed. I think I've had access to a big enough cross-section of people now to understand that most of them don't have whatever “it” is that helps people endure an uncomfortable situation.

When Coral and I were renting a 10×10 room from her parent's house, I hated it. It wasn't that they were hard to live with (the opposite actually), but it was cramped and embarrassing. EVERYONE kept asking when we were moving out or “starting our lives”.

Now it's always how incredible my story is, or if they can sit down and talk about money with me some time. It's funny how that stuff works isn't it? 🙂

I see people online all the time that react to cool debt success stories with comments like: “Well it must have been nice to live with mommy and daddy“, or “Ugh, if I made that much money I'd be debt free too“.

But it's not, and they wouldn't.

That kind of talk is just an excuse for not having the ability to do something hard. If they made a lot of money, they would spend it all. Instead of going out and hustling for more money, they would just wish for it via lottery tickets.

People literally won't do things that make them uncomfortable, and then turn around and complain because their financial situation sucks. It's one of the most frustrating things about what I do now.

That's why I'm so impressed with the readers on this site.

And I swear I'm not just writing that to boost anyone's ego. When I was paying off my loans, I was literally the only person I knew that was doing something “crazy” like that. It was like being on an island.

After starting this site, I'm meeting so many debt bloggers and M$M readers that are paying off crazy amounts of student loans/mortgages/credit card debt. It's jaw-dropping.

So if you're fighting the good fight by trying to tackle your debt or get ahead with money, just know that I have your back and understand what you're going through. You're not weird – you're so smart that it pisses other people off.

The process probably sucks for a lot of you, but I guarantee that the other side (debt freedom in general) is one of the coolest accomplishments you'll have in life. 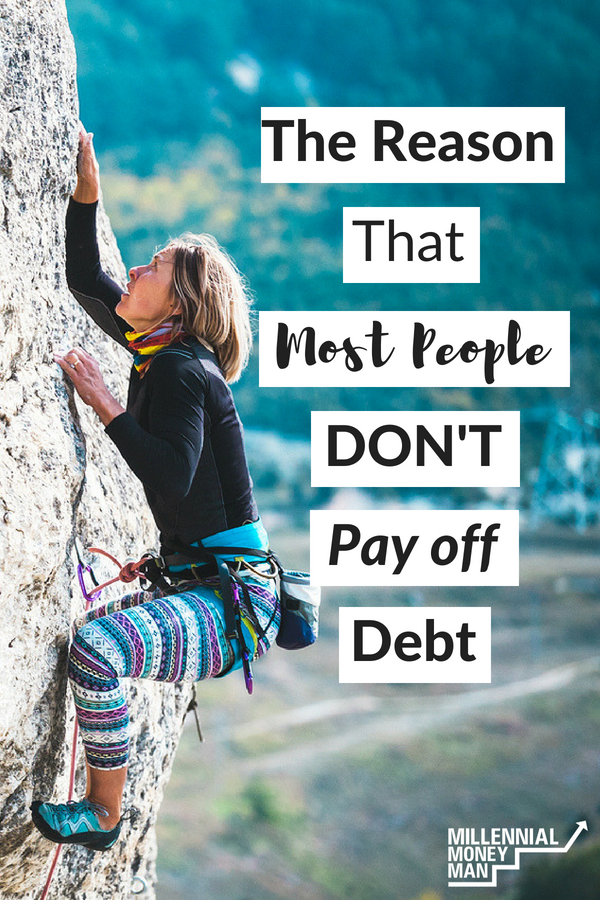