How Much Money Do YouTubers REALLY Make in 2023?

Learning how to make money on YouTube is really appealing to a wide variety of people. And it makes sense – you get paid to make videos about things you enjoy.

And that can be anything! There are people who get paid to make videos about slime, blowing stuff up, the bottle flip challenge, make-up tutorials, how to trim plants, cooking hacks, playing video games…pretty much anything goes on YouTube.

But becoming a YouTuber isn’t a get-rich-quick scheme – my wife recently started a channel, and we now have firsthand knowledge with what it’s like to start a YouTube channel. Spoiler alert: it’s a lot of work.

Today I’m going to answer the most common questions about making money on YouTube, from what the highest-paid YouTubers made last year, how to monetize your channel, and what the majority of YouTubers really make.

How much money do YouTubers REALLY make in 2023?

Ryan Kaji of Ryan’s World started his YouTube channel when he was just 3 years old (he’s 8 now) by unboxing toys. He now has a line of toys, clothes, a show on Nickelodeon, and a deal with Hulu. Kaji has over 24 million subscribers.

Dude Perfect is five guys in their 30s who do stunts, play sports, and try to break world records. Their channel has gotten so popular that they scored a show on Nickelodeon called The Dude Perfect Show. This channel has over 49.5 million subscribers.

The youngest YouTuber on this list, Anastasia Radzinskaya is 5 years old – crazy, right!? Anastasia and her Dad make videos where they play together, and they are shown in seven different languages. She spent 2019 working with big brands like Lego and Dannon Yogurt, and her channel now has almost 50 million subscribers.

Rhett McLaughlin and Link Neal host a daily comedy show on YouTube that boasts over 4.8 million subscribers. Their brand has expanded to four channels, a podcast, books, and they recently purchased the Smosh network of YouTube shows.

Star goes back to MySpace days, where he started as a musician, but he’s most known for doing makeup tutorials on YouTube. He has his own line of cosmetics, was in a Kesha video, and has over 17.5 million subscribers.

Preston Arsement is new to the top-earning YouTubers list, and he was able to rise in the rankings with his popular Call of Duty videos and the pranks he posts on his gaming channel. Preston actually makes a significant portion of his income running Minecraft servers. He now has 11.7 million subscribers.

Mark Fischbach, or Markiplier as he’s known on YouTube, has made his million with video game commentary. He currently has over 25 million subscribers. In addition to his YouTube channel, Markiplier runs a high-end line of clothes for video gamers… that’s niche… called Cloak with fellow YouTuber Jacksepticeye.

With around 103 million subscribers, PewDiePie is one of the most controversial YouTubers on this list. He posts a range of content ranging from video game commentary to comedy videos.

Dan is a professional gamer based in the UK, who became popular with his Minecraft and Fortnite videos. He adds to his income with worldwide live tours. His channel has over 22.4 million subscribers.

Evan Fong, known for his gaming channel VanossGaming, does video game commentary for popular games like Grand Theft Auto and Minecraft. He has over 24.9 million subscribers.

Learn more at 17 Best Side Hustles From Home.

How do YouTubers make money

Making money on YouTube is kind of similar to how I make money blogging. We can both earn affiliate income, do brand partnerships, and sell products. Our income isn’t directly tied to a page or video views, but those numbers affect our ability to make money.

If you’re interested in learning how to make money on YouTube, there are a couple of metrics you’ll need to meet to be eligible for monetization. And you must meet both of them in the same 12 month period:

Once you meet those metrics, here is how to make money on YouTube:

This is where it starts for most bloggers, and it’s the same with making money on blogs. Google places ads on your videos, and they keep 45% of the ad revenue.

CPC rates average $2.54. If you think about it, a viewer needs to click on an ad, not just sit and watch it, which makes conversion a lot lower.

How much do YouTubers get paid per video?

There’s not a flat rate that you make per YouTube video, and that probably makes much more sense now that you understand how CPM and CPC ads work. The higher number of views generally leads to more revenue per video, but not always.

YouTubers make money through affiliate links by reviewing a product or service and promoting it to their audience. YouTubers are given a unique affiliate link that tells the company where the sales are coming from so the YouTuber can get credit for any sales that are made through their link.

YouTubers use affiliate networks to apply for and find affiliates that work for their audience. A YouTuber could have a couple of affiliates to dozens.

But here is the most important part of affiliate marketing: only promote products and services that are relevant to your brand and will actually help your audience. It takes a lot of trusts for a viewer to purchase an affiliate product, so don’t let them down with something that sucks.

You can learn more about affiliate marketing in my HONEST Making Sense of Affiliate Marketing Review.

Patreon has become a popular option for making money on YouTube once you have thousands of loyal viewers who want to help you keep your channel running. The average Patreon contributor gives $7, and Patreon keeps 5% of that as a commission.

You will need loyal viewers to make money with a donation, and to get those true followers, you need to upload quality videos on a regular basis.

You can offer your patrons perks and bonus content at different donation levels. It’s similar to crowdfunding your work on a site like Kickstarter, but it’s more of an ongoing campaign.

With higher levels of subscribers, YouTubers can start earning money with brand partnerships or sponsorships. This is when you’re paid to produce content around specific products.

Just like affiliate income, you have to focus on companies that are a good fit for your audience. It’s all about trust, and if you break it, you’ll lose viewers. You should always test the products and companies out before telling your viewers about them.

Big channels may have brands reach out to them, but smaller channels may have to pitch brands. To locate potential partnerships, take a look at other YouTubers in your niche with similar followings, and see who they’re working with. This will help you get an idea of what kind of opportunities are out there.

Reaching the point where you’re making money on YouTube with merchandise means you have built a successful brand with thousands of loyal and adoring fans. You could sell shirts, stickers, bags, hats, and magnets that feature your channel logo – or even your face!

A number of the highest-paid YouTubers make a decent amount of their income from merchandise:

To learn more about making money on YouTube and how to get started, check out YouTube Secrets: The Ultimate Guide to Growing Your Following and Making Money as a Video Influencer by Sean Cannell and Benji Travis.

Over the past few months, I’ve gotten to watch my wife start her own YouTube channel, and I’m already blown away by her success. She works really freaking hard on it, and is finally starting to see her work pay off.

Coral started her home decor channel. Her page is currently up to 1.67K subscribers, and her highest viewed video has over 60,000 views! You can check out Coral’s channel here.

My wife has worked really hard on her channel, and half the time our house is set up for new ones. But as you can see from those numbers, starting a YouTube channel is a pretty similar business model overall.

Just like blogging, YouTube is not a way to get rich quickly. In fact, 97% of YouTubers aren’t making more than the U.S. poverty line per year, which is $12,140.

That’s not much money, which is why starting a YouTube channel should start as a side hustle. It’s not a good source of full-time income for the vast majority of people who give it a try, and many probably quit too early because of it.

Running a successful YouTube channel means you’re creating engaging and high-quality videos on a regular schedule, but it’s more than that. And it’s the following components that set your apart:

And here is my #1 tip for being successful on YouTube: create a channel about something you enjoy.

Trust me, being passionate about your topic is important with slow-growing business models.

My wife’s YouTube channel is home decor because she loves talking about it (she’s also really good at it too – our house is boujee as heck and I know she’s done it on the cheap). It’s a topic she was excited to talk about without making money.

You will need to find a way to stay motivated when you’re not making money and passion can do that for you.

I asked Coral to share a little bit about learning how to start a YouTube Channel, and here’s what she said:

“The hardest part for me was getting in front of the camera for the first time and knowing what to say. It got easier as time went on, but the first couple of videos were hard to film and took a long time to complete.

Another thing that was harder than I expected it to be was learning the camera. I am a pretty tech-savvy person, but the first time I used the camera I was completely overwhelmed and had no idea what to do.”

The tools you need to start a YouTube channel

You can start a YouTube channel with just the video function on your phone, but for high-quality videos, you’re going to need to drop some cash on quality equipment.

Here’s what we got for Coral’s channel:

This type of high-end equipment isn’t necessary, but it will show your viewers that you’re taking your channel seriously.

The final word on how much do YouTubers make

If you are passionate about something and want to share it with the world, then heck yeah, start a YouTube channel! Or start a blog if you don’t feel comfortable in front of the camera.

YouTube really is a cool place to connect with a larger audience. It takes work and time, and more time, and more work to grow it into something that’s earning you a decent amount of side income, but it is possible. 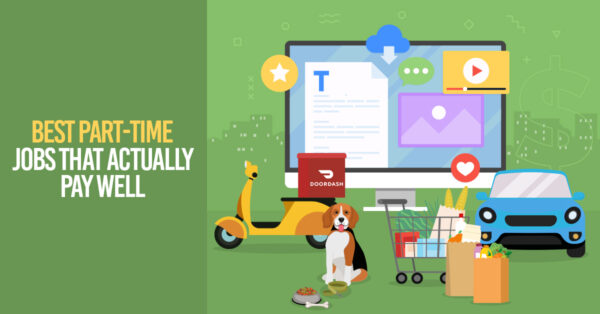