5 Ways indi’s Early Pay Has Your Back

We’ve all been in this spot… you need money ASAP, but payday is still a few days away. Depending on the situation, you’re faced with pulling out a credit card, having to say “no” when you want to say “yes,” dipping into your savings, etc. It’s not a good feeling.

What if there was a way to ease some of that stress? I’m not talking about a magic pill, but a simple solution that helps you access your paycheck even faster.

First, Here’s What You Need To Know About indi

indi is a smart banking solution that’s designed to work for those who traditional banking institutions have overlooked. That means indi was built for people who earn a 1099 income, like gig workers, independent contractors, freelancers, and so on.²

The problem is that while work arrangements have quickly shifted over the years — over 59 million Americans are now freelancing according to a recent study from Upwork, a huge influx in recent years — traditional institutions haven’t been able to keep up with the changing needs of these workers.

indi wants to make it easier for independent workers to save and spend their money, and they’re doing with features like:

You can also trust that your money is safe as all indi accounts are FDIC insured up to the maximum amount permitted by law.  Banking services for indi are provided by PNC Bank, N.A.

It takes less than 10 minutes to get started with indi

There’s no credit check required to apply for an indi account, and all you need is your mobile phone, Social Security number, and ID. 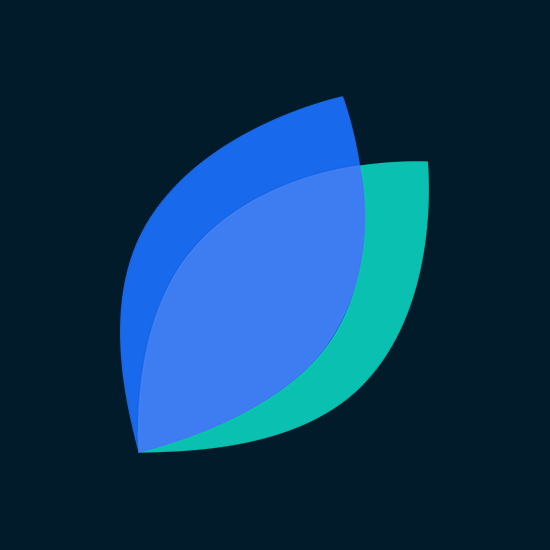 What I’m most excited to tell you about is Early Pay. This is a brand new feature that lets you access your paycheck up to two days sooner!

Yes, that means that for qualifying deposits — I’m going to explain what that means and other details further down — you can start spending your cash even sooner. Imagine what it would look like for you to access your funds up to two days earlier. To help you see the possibilities of how indi can add a little slack in a tight budget, I’m going to explain five situations when Early Pay can help.

The setup is pretty convenient for landlords — rent is typically due on the first of the month, and most people get paid at the end of the month. But here’s the thing, if there’s a weekend or a bank holiday, most landlords give you a tiny grace period, but not all of them do.

One way Early Pay helps is that there’s less worry about making rent in those situations. If you can access your paycheck up to two days faster, this may help you cover rent before you head into the weekend.

For the average American, housing (this includes rent and mortgage payments) accounts for 30% of their monthly budget, according to a study published by the Bureau of Labor Statistics. Knowing that rent has already come off the top of your account makes it a whole lot easier to budget for the rest of the month. You know where your finances stand, and you can see how much you have to work with.

It also keeps you on good terms with your landlord, and that relationship matters!

2. Time To fill up the Tank

Gas prices hit an all-time high in 2022. We’ve all felt it, and we’ve all been coping with it in different ways. Maybe you’ve cut down on the number of trips you make to the store, are trying public transportation, or have even canceled or changed road trip plans.

One way some people cope is by only putting a few dollars in their tank — $5, $10, $20, or whatever you have access to at the moment. The problem is that your gas money doesn’t go nearly as far when prices are this high, so you have to fill up more often.

This is where indi’s Early Pay feature can come into play. If you’re running on “E” and payday is still a couple of days away, your money is there when you receive your pay through Early Pay, ready to spend.

3. You Need To Hit the Grocery Store

It was already expensive to go to the store, and rising food costs have made it even more difficult when you’re this close to payday and realize you need to run to the grocery store.

Knowing that you can spend your paycheck up to two days faster with indi’s Early Pay feature helps you get to the store to grab the essentials.

4. You Forgot Your Mom’s Birthday

My mom would legitimately try to murder me if I wasn’t prepared for her birthday. So would my wife. Honestly, this one applies to far more than just moms and wives — forgetting someone’s birthday is a big deal, and it’s even worse if you don’t have money in your account to play it cool and grab a quick gift.

indi isn’t going to remind you about upcoming birthdays, but their Early Pay feature makes it easier to recover. Having access to your paycheck up to two days sooner means you can confidently grab flowers, a bottle of wine, or make a quick decision to take that special person out for a birthday dinner.

While an unexpected night out with friends might not always qualify as a need, it’s important to be around people. It’s good for your mental health.

Back when I was paying off my student loans, I was constantly saying “no” to friends because I wanted to allocate every extra dollar I made to destroying my debt. My thinking was that if I went out with friends, it would throw me off track. I would occasionally go out when we planned things well in advance, but most of my friends made same-day plans.

I made excellent progress with my debt payoff, but the reality is that I was miserable. I wish I had said “yes” more often. Maybe it would have taken me a few more months to reach my goal, but I think it would have been worth it in the end.

You’re not going to have more money with indi’s Early Pay feature, but having your funds available sooner makes it easier to say “yes” when you need to get out of the house.

What You Need To Know About Early Pay

indi’s Early Pay feature works with eligible direct deposits to indi accounts. It’s available for indi users based on ACH (automated clearing house) instructions received by payors. Most banks hold funds for a few days even if they’ve received ACH information, but indi makes the funds available before the user’s scheduled payday if they receive information that it is available.

The Final Word on indi

According to the Upwork study I referenced early, not only did over 59 million Americans perform freelance work in 2021, they contributed over $1.3 trillion to the U.S. economy in annual earnings. If you’re part of this faction, you are making a massive contribution to the economy and are changing the work landscape.

Independent workers now make up a huge portion of the U.S. workforce, and their financial needs are different. That’s why I’m so excited about indi — they’ve designed a digital banking solution that helps freelancers and gig workers manage their money.

indi is a registered mark of numo llc, a subsidiary of The PNC Financial Services Group, Inc.

numo is a service mark of The PNC Financial Services Group, Inc.