Well, here we are fellow Millennials. The torch is being passed to us. Granted, it’s a cheaply made and outsourced torch that was heavily financed. Thank goodness the monthly payment is low!

Unfortunately (or maybe fortunately) this is the view that I have of the America that is being handed off to us. We are inheriting a country that has failed to educate its citizens on basic fiscal responsibility for decades. The public school programs for money management are a joke, and only a handful of kids even participate in those.

We live in a world where you can “afford” something if you can make a minimum payment, but barely any of us can actually buy anything of substance with our own cash (if we have any). For many people, building any kind of wealth seems like a pipe dream at this point.

Related: What does “afford” mean to you?

We go to college for years, just to come out with crippling debt and bad spending habits. Our best answer is to ask for help from the government for loan forgiveness or some other ridiculous loan repayment program rather than suck it up and face our poor financial decisions.

We are so angry that the government has screwed us over by lending too much money to us! The sad thing is that this backward thinking isn’t really our fault…it’s the culture we have grown up in. One of my life goals is to change that mindset, even if it is just for one person. Seriously. Even one would be cool.

I am the most stock Millennial ever. I went to high school in the early 2000's, played a ton of video games (Halo was life changing for me) and then reluctantly went to college because that was what I was supposed to do. Duh.

Fast-forward 5 years. It took time, stop judging me. I have a Music Education Degree, and became a band director. Let me filter that down a little bit in monetary terms…I am a teacher. I make a teacher’s salary. Not exactly the best financial choice, but I liked music and I was really really good at band. Again, stop judging me.

The most important thing here is that I came out of college with $40,000 in student loan debt. My monthly payment was about $365 a month, and I paid between 6–7 percent interest on each of the 6 separate Stafford loans that I had, depending on the loan.

This basically meant that it would be about 10 years before I even came close to dreaming about paying down those loans…but I really didn’t think about the negative implications of my loans too much when it came to building future wealth.

I figured I could make the minimum payment and be fine. Everyone else has loan payments too, right?

Make the hard choices now so that you can build wealth later.

At some point in the very near future you will have to decide if you want to depend on your 401k and/or any existing government programs like social security (because they may not exist when we are old) to fund your golden years or if you want to build wealth through your own impressively awesome decisions that you learn from me.

That’s right, you may be in your 20's or early 30's, but you better figure it out now. If you don’t get anything from this blog post, you need to get this:

FOCUS ON BUILDING YOUR WEALTH AT THE BEGINNING OF YOUR WORKING YEARS, NOT THE END.

Sorry I had to yell at you like that, but you needed it.

Our early money earning years are invaluable to us when it comes to building wealth. The most priceless item that all people have is time. The more time you have in life, the more opportunity you have to build your empire of wealth and prosperity. Take advantage of your money earning potential now.

My first bit of advice is that you pay off any debt that you have accrued through college as quickly as possible. It is insanely hard to build wealth when you have bad debt. (We will talk types of debt in later blog posts).

My second bit of advice is that you sacrifice a lot of personal pride and spend less money than all of the people around you. They are probably poor.

Related: Let Your Friends Pass You Up

You will have to make hard choices that go against most of society’s norms, and it will be totally worth it.

I do want to take this time to make it very clear that everyone has different situations in life, and not everyone will be able to do everything that I suggest because of those different situations. THAT IS OK. The most important thing is that you make a choice to not live like everyone else around you, and rack up debt with poor spending choices.

In the following section of this post I will tell you to do some things that you will not be comfortable with, mostly because it goes against everything you have seen from your parents, grandparents, and friends for your entire life. But let’s be real, most of them will not end up building real wealth, and you know it.

Wealth is a choice, and you should always look at it that way. You also need to be aware that if you sacrifice like I will advise you to do, your peers will temporarily pass you up in terms of nice cars, houses, vacations, etc. They probably borrowed the money for all of that stuff anyway. Don’t worry though; you will catch up and blow past them shortly.

Here’s what you do.

In short, this is what you need to do to start the process of building wealth as a young person:

I did all of the things above, and you won’t believe what it has done for my financial life. I paid off all of my debt in a year and a half. That’s right, $40,000 in loans paid off on a teacher’s salary in that short of a time.

I stayed true to rule #5 afterward and now have enough money to start my own company and start building even more wealth. (I realize that this last paragraph looks like an advertisement for one of those shady websites that promises huge returns with No Money Down!, but it’s not. I seriously started a digital marketing company). 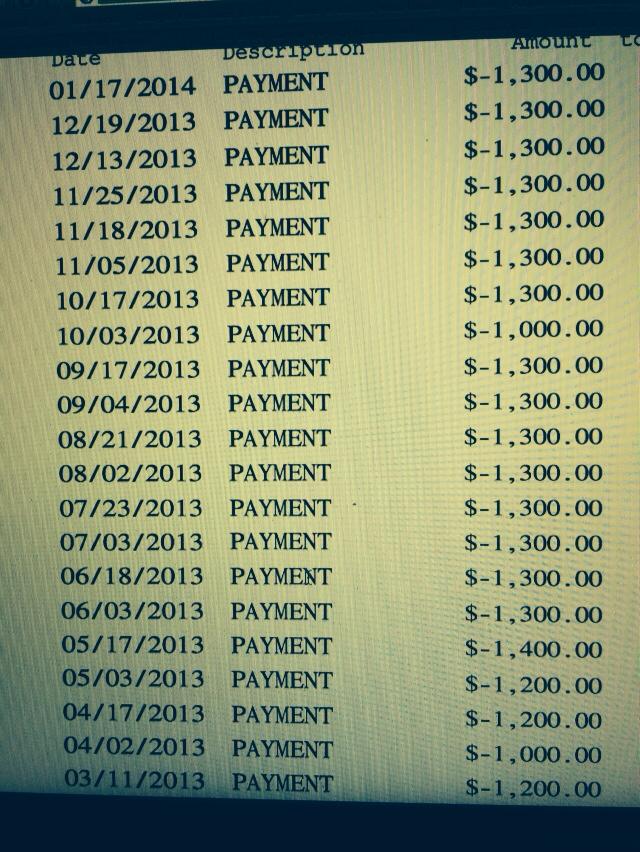 Just in case you thought it wasn't possible!