The sarcastic side of me would love to end this post right here, but my readers are the best in the business and deserve a bit more from me for taking the time to click through. Let me be direct – I have a hard time answering that question without coming off like a jerk.

I think it's well documented by now that I literally hate the thought of young people buying new cars or expensive used cars. Other than student loans, I feel that it's the fastest way for Millennials to set themselves back financially for YEARS (48-72 months if we are trying to be legit here). It's unbelievably easy to buy a new car, and pushy lending departments fueled by shady car salesmen prey on mis-informed young people every year. It's a sad industry in my honest opinion.

Want a legit free tool to track all of your money? Check out the app my wife and I use here!

Now, please let me yell at you for a second:

I'm sure someone out there doesn't believe me. Fine, believe these fine websites instead:

“Today’s cars are built to last as long as 250,000 miles or more with simple routine care,” – Forbes.com

“Every new car today is built to last a quarter of a million miles,” – CBSNews.com

My current vehicle has 110,000 miles on it, and I'll happily drive it for years to come. I paid $6,000 cash for it, and kept $30,000 in future money to myself. People always want to know what the big mystical unicorn flavored secret is to having money when you are young. I hate to break it to everyone, but personal finance is not a complicated math problem. I really sucked at math in high school, and I'm good at money. Here's what you do:

You spend less money than you make, don't buy crap that you can't afford, and YOU CAN'T BUY NEW FREAKING CARS EVERY 4-7 YEARS BECAUSE YOU DON'T MAKE ENOUGH MONEY.

I'm sorry if that hit you right in your pride area.

If you're wondering why I'm so concerned about cars this week – all I need to do is point towards a conversation I had at lunch with a waitress last week. She was really cool, and I hate to even share this exchange, but it was too similar to conversations I've had with other young people about cars not to use it as a cautionary tale.

My friend that was eating with me randomly pitched my site and the M$M brand to the waitress in what could only be described as a shameless plug (thanks Jim). She was immediately pretty interested in talking about personal finance, which took me by surprise. Most people I've met hate talking about money in person. We went on to talk about debt, and she mentioned that she had a car note that was almost paid off. I was thinking “Awesome, you're almost done, congrats!”, when she hit me with: “My car is almost at 100,000 miles, so it won't make it much longer”.

Welp, there it is.

I tried to convince her that she should keep the car for a while to avoid a payment, which ultimately didn't work at all. She was afraid that the car would break down, and clearly wasn't going to budge. When you talk with people about money, you have to know when to pull the cord on the conversation to avoid offending nice people – I still suck at this, but I didn't blow it this time. Our time and my influence had obviously run out in this case, so my friend and I bailed on the conversation. I was bummed for the rest of the day because I failed to save someone from future debt.

Just a little tip for you bloggers in the personal finance game – you win some and you lose a lot more.

I don't care how much you think a car will make you look cool, it doesn't. Nobody ACTUALLY cares what kind of car you drive. The likes on Facebook are from people who wouldn't give you a dime of their cash to pay your car note. Also, cars don't show anyone how much money you have.

“A new car doesn't show how much $$$ you have. It shows how much cash you DON'T have or never had in the first place.” [Tweet This]

^^^Wrap your mind around that and then join me below^^^

If you blow it on every other aspect of personal finance in your 20's, for the love of everything good in this world get the car thing right. If you already own a car that you bought new – keep it for as long as you can after it's paid off and put the old payment amount away or invest it. A car payment does NOT have to be a thing that you just always have. MONEY IN THE BANK is supposed to be the thing that you always have. 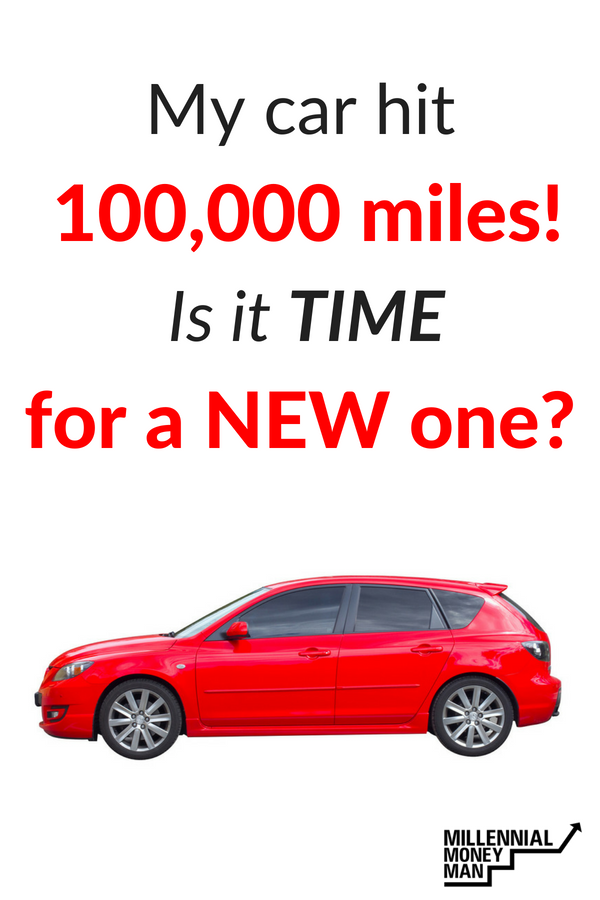