How to Get a Raise (And What Not To Do!)

Are you ready for a bump in your pay but are afraid to ask? Terrified your boss might say no? Learning how to get a raise isn’t as awful as it sounds… I promise!

But even thinking about asking for a raise can produce high levels of anxiety in some people. There are probably those who would rather sit through multiple root canals then talk to their boss about a pay increase.

As scared as you might be, learning how to get a raise can spark some positive movement for your overall financial well-being. It’s more money to put towards paying off debt, saving for big purchases, or investing for retirement.

The reality is that learning how to get a raise is one of the best ways to build a more secure financial future.

But asking for a raise takes more than just walking into your boss’s office and demanding they pay your more… seriously, don’t do that. It takes confidence, prep work, and knowing your value.

Here’s everything you need to know about how to get a raise, and what to avoid when asking for one.

Before you even think about asking your boss for a raise, you need to start by understanding the value of your job. The best way to do this is to start by doing some research.

Sites like PayScale and Glassdoor offer market comparisons that tell you the value of your job in terms of working experience and location. These sites can give you a range of what other workers in your field are currently earning. Recruiters can also provide insights on what kind of pay is appropriate.

If you do your research and find that you’re underpaid, then it’s an excellent time to learn how to ask for a raise. You can leverage the salaries you found in your research to determine the increase in pay that you’re looking for. Some people will even find it valuable to do some job hunting and go on interviews to see what’s possible. But tread lightly — you don’t want to do anything that would put your current job at risk.

Also, be realistic. You have to consider your experience and the value you bring to your company to understand if what you’re asking for is within the realm of possibility. If you’ve been with a company for less than a year, haven’t worked on any major projects, etc., then you’re better off waiting to ask.

Read more at Self-Employed vs. Being Employed: Which is Better?

If your research shows that you deserve a raise, you still need to convince your boss that you’re worth the investment. And you’re going to want to arm yourself with as much data as possible.

Having the market comparisons you researched in the last step ready is just the start of your prep work, you also want to:

This step can also give you a much-needed confidence boost. It’s going to tell you, “heck yeah, you deserve this!”

It’s all about reasonable expectations, and you don’t want to be inappropriate with the amount you’re asking for. As much as you might want a 20% pay increase, it’s probably outside of the realm of possibilities.

Asking for a 5% to 10% pay increase is the sweet spot for most raises. 10% might not look like a huge amount on a single paycheck, but annually, it will yield a significant amount of money.

Read more at How to Make More Money: A Total Beginner’s Guide for 2019.

4. Get the timing right

Learning how to get a raise is just as much about timing as it is about the number. So while it’s great if your research got you fired up enough to ask for a raise, be patient and get the timing right before meeting with your boss.

Your company might have certain times of the year that are best for handing out raises. This could be at the end of the fiscal year, especially if it was a strong one, or around your annual performance review.

There are also certain days of the week and times that are better than others:

Knowing your boss’s personality and workload can also have an effect on your success. If you pay close enough attention, you can probably tell what types of things set them off, when they’re happier, etc. For example, I hate meetings. No one should ever ask me for something after I sit through a meeting.

Whatever you do, give your boss a little bit of a heads up when you schedule your meeting. You can prepare your boss by telling them that you want to talk about your career growth.

5. Be straightforward in your approach

This might take a little practice, but when it’s time for your meeting, you want to get straight to the point.

When you sit down with your boss or manager, start with something like, “Thanks for taking the time to meet with me today, and I know your time is valuable, so I’ll get right to the point. I want to bring you up to speed on my accomplishments this past year and talk about compensation.”

This gets right to the heart of what you want to say, and the majority of bosses will appreciate that you’re not beating around the bush and wasting their time.

You can then launch into the data you’ve collected about your performance and endorsements. You can also talk about your future goals with your company. Still, be direct in your language, bringing up the most relevant and vital points.

Then say something like, “Given all of this, I’ve done my research, and given my responsibilities, I would like to receive a $X increase in pay.”

It’s entirely probable that your boss is going to want to discuss certain aspects of what you bring up, so be prepared. You can do this by practicing with your partner or a friend.

What NOT to do if you want a raise

Learning how to get a raise also means knowing what not to do. Here are three things to avoid when you’re asking for a raise.

Threatening to leave the company if you don’t get a raise is a major no-no. An ultimatum is one of the fastest ways to become unemployed because it shows a lack of commitment and trust. You also shouldn’t throw around job offers, interviews, or conversations you had with recruiters.

Don’t bring other employees into the picture

While some companies ask that you don’t talk about your pay with other employees, your right to have those conversations is protected under the National Labor Relations Act. However, it’s still pretty taboo.

If one of your coworkers tells you what they make, they’re doing it because they trust that you’re not going to bring that number to your boss and ask for a raise. You’re putting both of you at risk if you do.

The best reason to get a raise is for personal merits, not because you’re experiencing financial hardship. Still, it can be tempting to bring this up if you haven’t rehearsed the conversation you’re having with your boss or are feeling like the conversation isn’t heading in the right direction.

Keep your personal life to yourself. Stick to what you’ve already brought to the company, your accomplishments, and how you’re going to continue working hard.

Even though rejection feels like a big bummer, hearing “no” isn’t always the end of the conversation. There might be some valid reasons why your boss can’t give you a raise right now. So keep the conversation going to get a better understanding of why your raise was denied and how to move forward.

“What’s contributing to your decision?”

This is an open-ended question that shows your willingness to empathize with your boss. Maybe business isn’t as good as you thought. Maybe your company is about to be restructured. There are lots of reasons why you might hear a “no,” and they’re not always about you.

“What would it take for me to get a raise in the future?”

This question tells your boss that you’re still interested and willing to work for a raise if the issue had something to do with your performance. Use their answers as a way to set some professional goals.

Look for a new job

The hard reality is that denial might lead to some job hunting. This isn’t the end of the world, I promise. If you’re doing an awesome job and your boss can’t acknowledge that with a raise, think about looking at other job possibilities.

One of the safest and best ways to do this is by starting a side hustle. A side hustle can help you build your emergency fund if there is any lag time between your current job and a new one. There are also lots of side hustle options, like running, that can legitimately replace your current salary one day.

Read more at 7 Reasons Why You Absolutely Need a Side Hustle.

The final word on how to get a raise

Increasing your income is the key to paying off debt, saving, and investing. So if you want to start earning more money, then asking for a raise is one of the fastest and easiest ways to do so, especially if you love your current job.

And being denied a raise isn’t the end either — it’s an excellent point to reevaluate what you’re doing and want from your career. There’s no shame in walking away for something new, but there is a problem if you don’t start standing up for yourself in the first place. 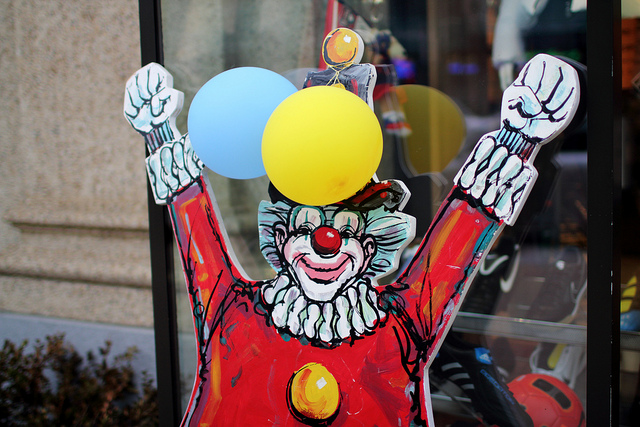 Becoming An Entrepreneur: Three Things You Need To Know 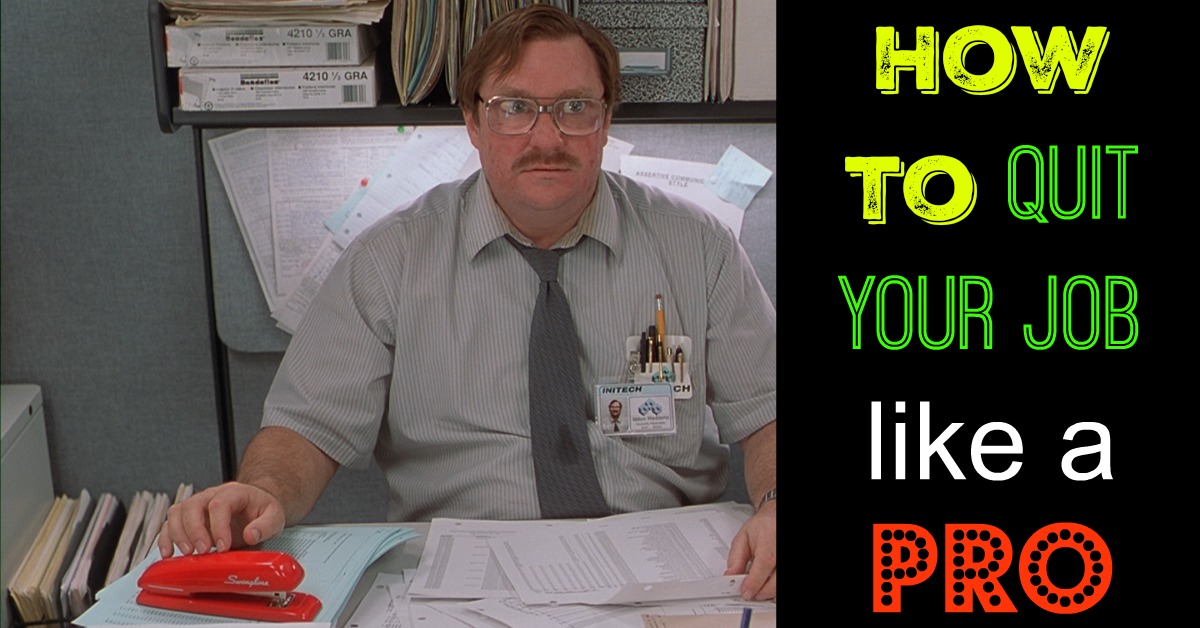 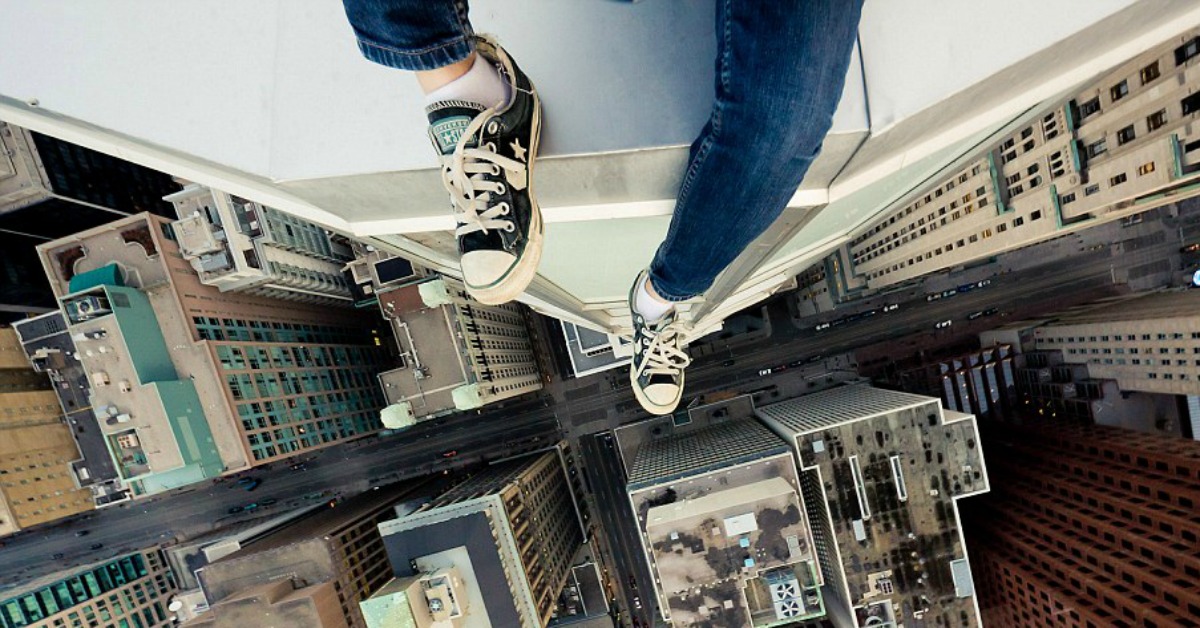 How I Prepared to Leave My Job for this Site