Is Frugal Living Actually Worth the Work? (Plus What You Should Also Be Doing)

My student loan payoff story is part of my blog’s foundation – I used extreme frugality to pay off approximately $40,000 of student loan debt in 18 months. That payoff is what led to blogging and it set me up for building the life I wanted. But what I learned from my story is that frugality isn’t the most effective option.

Don’t get me wrong, frugal living is a powerful tool that can reduce wasteful spending. You trim small amounts of money off your budget and allocate it towards things like debt or retirement savings. That’s great in theory.

But, frugal living only goes so far. I mean, there are only so many expenses you can reduce. There are also ones that takes some serious maneuvering to work out, like not everyone can do what I did and move in with your future in-laws.

In that sense, frugality alone isn’t the best strategy for reaching your financial goals.

Today, I want to help you create a more effective strategy. One that balances some of the most realistic frugality practices with something much more powerful… increasing your income.

But first, what does frugal mean?

Being frugal is a hot button topic right now because it encompasses a lot of ideas. You see it mentioned in different parts of the personal finance community, one example of that is how it aligns a bit with the minimalist movement. But the core definition of frugal is that you’re spending sparingly.

Frugal living can be making small changes to your daily or weekly habits to help you save, like making a meal plan and grocery list or not blasting the AC all summer long. These are pretty easy things for most people to do, and if you make choices like that you will start to see a reduction in your spending.

Some people go much, much farther into something called extreme frugality. That’s kind of what I did when I rented a 10’x10’ room from my future in-laws. During that debt payoff I also didn’t go out at all, I drove a crappy truck, and never bought new clothes even though mine were full of holes.

Other people do things like reusable toilet paper (this is a real thing… no judgement, but not for me), getting rid of their cars altogether, eating essentially nothing but rice and beans, etc. This is going beyond normal cost saving measures.

Extreme frugality is something that I would never choose to do again. I’d guess most people aren’t going to go to those extremes unless they have to or have an intense desire to live that way. Fortunately, there are some best practices for frugal living that are going to be approachable for a lot of people.

1. Don’t be afraid to buy used

Newer isn’t always better, and I’m a firm believer of this with cars especially. A new car costs more in taxes, insurance, and drops in value the minute you drive it off the lot. There are also a lot of really great used cars out there… my wife has a super boujee new-ish Mercedes and it’s used.

Buying used can extend to appliances, furniture, clothes, etc. You don’t have to solely buy used, but being willing to from time to time can help you save money.

2. Learn to repair things on your own

If your impulse is to call a repairman or throw something away the minute it breaks, stop for a minute and see if you can make the repair on your own. I know this is easier said than done for some people, but if I can learn how to sew on a button, you can too.

Here are a few more simple fixes that might be within your realm of learning:

3. Remember that you have food at home

Repeat after me… There is food at home. I’ve already paid for it. If I don’t eat it, the food and my money will go to waste. Taco Bell does sound really good right now, but I have food at home.

4. Buy quality when you can

Some brands are known for being more reliable, but they do cost more (even used). If you can swing it, buying those products can save you in the long run. It saves you time, money, and a lot of headaches.

5. Think about each purchase you make

I’ve heard of people waiting 24-48 hours before they make any purchase. The point is to give yourself some space before buying something you might not really need or even want. Even taking 5 minutes to ask yourself what you’re getting out of a purchase will probably save you from some unnecessary spending.

Those frugal living tips can help you make small steps towards your financial goals. That’s because cutting unnecessary spending is a little like increasing your income in that it allows you to allocate more money towards things like paying off your debt, saving for a large purchase, or retirement planning.

Here’s an example: a few times a month you’re able to convince yourself that there is food at home, you ditch your car payment, and you’ve managed to rethink a couple of smaller purchases. Those things help you spend around $450 less a month. Awesome!

Put it all towards your student loan debt?

Maybe put a little in your emergency fund?

What about saving up for that vacation you and your spouse are hoping to take this winter?

That $450 is a nice chunk of money, but it spends quickly. And if you have multiple goals, it’s tough to make a big impact if you try to spread that extra out. On the other hand, putting it all towards student loan debt can be dangerous if it means you’re not putting anything towards retirement or emergency savings.

Want to do something more effective and impactful?

Increase your income. It’s that simple.

Frugality really only goes far. But when you increase your income, you have more flexibility and control with how you allocate your extra spending.

Earning more money is legitimately the most powerful thing you can do for your financial life.

Getting a side hustle and adding an extra $1,000/month to your income, on top of what being frugal has helped you save, means you have that much more money to put towards your debt and your savings.

If you choose to put it all towards your debt to speed up your payoff, you’re not going to be waiting as long to start saving for retirement. That’s actually one mistake I made. Because I only had so much extra to put towards my student loan debt, I wasn’t investing beyond what my school took out for my teacher’s pension, which wasn’t much.

I’ve since caught up and could probably retire whenever I wanted, but that’s because I’ve just continued to increase my income. I couldn’t say that if I relied on frugality alone.

Think about your time investment

I’d say there is a time investment with both frugal living and earning more. When you increase your income, your time investment is your hours worked. With frugality, you often save because you’re investing time instead of money.

What I like about increasing your income is that your ROI (return on investment) is much higher.  But if you’re not careful, the time it takes you to earn more can pull you away from those frugal practices that can easily save you money.

I hear this from so many people who work multiple part-time jobs to increase their income. Despite earning more, at the end of the day they are too exhausted to make dinner (even though there is food in the fridge).

Sometimes you do need a break, but if you do that every single day, you can end up right back where you started. That’s a dangerous and easy cycle to fall into.

I bring this up because there are so many gigs and side hustles out there, but some don’t always make the best use of your time. Here are a few articles with my favorite suggestions to help you sort through the options:

Let me say this… there are times when people do need to go to great lengths to stretch their dollars. Frugality is how they survive, and that’s important to remember.

But, I’ve also heard a lot of stories from readers and friends who are choosing to live frugally as a way to work towards their financial goals and they are miserable. I was one of those people.

While I don’t regret what I did to pay off my debt, it was honestly the most difficult and exhausting point in my life. Had I focused more on increasing my income, I could have sped up my debt payoff and started living the life I wanted much sooner.

And like I’ve already said, that’s the problem with frugality alone – it takes exponentially longer to achieve your financial goals.

So yes, it can be worth it, but increasing your income alongside or instead of frugality is the most effective way to reach your goals. 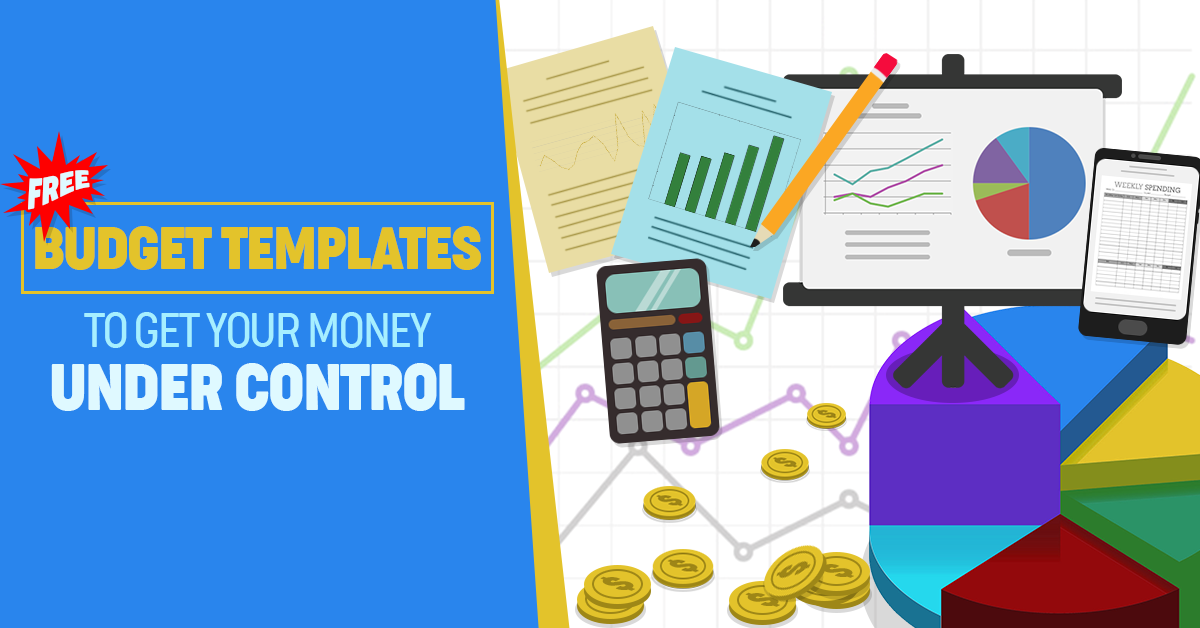 12 Free Budget Templates to Get Your Money Under Control