Disney is a money making machine.

I recently went on a really cool 4 day trip to Disney world in Orlando, Florida. I'm sure I should have been paying attention to the sweet 3D rides and Disney animatronics, but people call me the “Money Man” for a reason. The only thing I could see were $ signs, from the park entrances to the first aid stations. The Disney parks are unique, money-making machines. Everyone that has a side hustle or a small business could learn a TON from the way that these places do business. I'll be totally honest – I was freaking inspired.

Here are some things that make Disney legit:

It doesn't take more than a few steps into the Magic Kingdom to realize that you are surrounded by the best customer service in the country. EVERY employee was well trained and ready to take care of anything that might go wrong for the park's heftily paying customer. Can you say the same about other large corporations in this country? (No.) Try finding a super happy Walmart employee during their busiest time of the day. Not happening. Disney puts a premium on the customer experience, and it's customer service seemed to be at the heart of everything they do.

The bathrooms smelled like oranges. All of them. Not sure what chemicals I was inadvertently inhaling, but I appreciated it nonetheless. Also, the floors weren't sticky. Thanks Walt.

Every park was ridiculously organized. I didn't know anything about the layout of any park I was walking around in, but I never felt like I was lost. Any time I caught myself wondering where to go next, there was a sign that gave me options. Awesome.

Disney had it's advertising game on lockdown. Epcot has a ride called CHEVY TEST TRACK (which was actually pretty cool). The hour long line was a Chevrolet advertisement that even made ME want a new car. Incredible.

I ended up going to Universal Studios on the trip as well. I'll be honest, it wasn't quite as cool…but they had a lot of the same advertising strategies that Disney had. (Sponsored rides, subliminal advertising, etc.). Even the first aid station was brought to you by Walgreens!

The biggest thing that I noticed on my trip is that customers are basically paying a ton to walk around and have the mushy part of their brains influenced by big companies. Talk about multiple revenue streams. I thought all of the advertising was cool, but I'm weird about money stuff. Here are some pictures of the advertising I noticed in both parks: 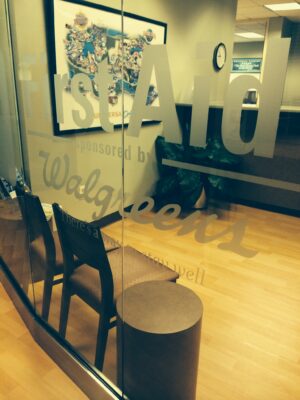 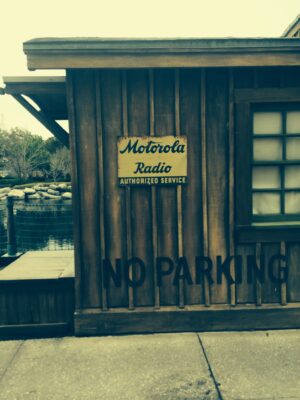 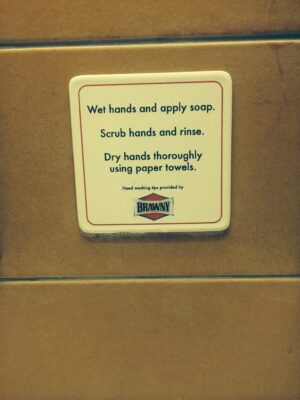 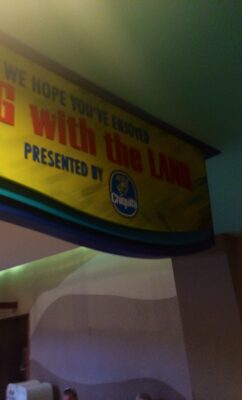 5) Convenience (For a little extra dinero)

Disney has rolled out a fast pass option that makes it super easy to punk hundreds of sad people when you pay a little extra. I walked past 500+ fools to get on the Space Mountain roller coaster in Tomorrow Land. I loved every second of their helplessness as I strapped in to the ride a full hour before they did.

Also, if you lose your park ticket, you can easily get it back at guest relations. The employees go out of their way to make it seem awesome that you lost something. I wasn't the biggest fan of doing a fingerprint scan at the front of every park, but someone has to sell my personal information, right?

Disney and Universal Studios are huge, money making monsters for a reason. Everything they do is ahead of their time, and always outside of the box. Universal's Harry Potter areas were surreal – seriously. I don't even like the movies and I was nerding out about the wizard wands that you can buy. Disney is doing some incredible stuff with their laser shows on the castle at night, as well as their firework show at Epcot.

The cool thing about Disney's creativity is that it is endless. The last time I had been to the park was almost 9 years ago, and my experience was COMPLETELY different this time around. The rides were updated, the shows were different, and everything in the park seemed fresh. The thing that didn't change? Brand recognition. Mickey, Minnie and Donald were still rolling around the park like the old days.

I know, I know. Not my usual serious, hard-hitting kind of post that I like to do, but you have to mix it up sometimes :). I'm a big fan of learning from other successful people/organizations, and my trip to Disney was definitely eye-opening from a business perspective.

Also,  hopefully the checks are in the mail from Walgreens, Brawny, Chiquita, and Chevrolet for making you feel the urge to buy paper towels, bananas, and a cell phone from your local pharmacy that you drove to in your new truck.

Have you ever been to Disney? What was your favorite thing about the park? Could you apply any of the things I noticed to your side-hustle?? Let’s talk about it in the comment section below.

Posted in: Side Hustles