Hey guys! I have an awesome guest post that I’ve been waiting almost a week to share with you. My friend over at My Money Wizard hit the $100k mark this year! He’s sharing how he did it by 25 years old. Enjoy! ~M$M

A couple of months ago I logged into my bank account, retirement account, and index funds, added all the numbers together, and celebrated a moment of internal triumph. That final number now included 6 digits.

That sure has a nice ring to it.

I briefly thought about throwing a crazy, wild party. I could have followed the lead of the 78% of NFL players who go bankrupt by heading to the nearest nightclub for some bottle service. And although I did stop to Homer Simpson fist pump for a moment:

The rest of my reaction was a little more subdued.

I paused for some self-reflection. At 25 years old, most of my friends had been working since age 15 or 16, graduated college a few years ago, were now gainfully employed, and still hadn’t managed to make a dent into their student loans or save a penny to their name.

What exactly had I done differently? What could my friends, both real life and online, (yes, I’m talking about you, e-amigos) do to save $100,000 faster than anyone will tell you is possible?

In this moment of money induced zen-like clarity, I identified 7 rules that propelled me to the proverbial fat stack.

Some of these I lucked into, some of them I did by accident. The crazy part is that there’s nothing stopping you from using these exact same rules to ramp up your financial position, no matter where you stand now.

I purchased my first stock in 2007, and I’ve been steadily investing more and more of my earnings ever since. Today, I secretly save over 60% of my income.

Although I’m young (still? maybe?) my dollar bills are seasoned veterans of this compound interest game. They’ve been diligently working away for over 10 years, which is enough time to start seeing the beauty of the compound interest snowball at work.

Andrew Hallam, the author of the New York Times Bestseller Millionaire Teacher, sums it up beautifully:

“It’s not timing the market that matters; it’s time in the market.”

Simply put, there’s no financial force stronger that compound interest. And the most important variable in any future value calculation is time.

We’ve all heard the example of the two hypothetical investors, right?

Start today. Start yesterday. The market is not that scary, despite what that financial advisor salesman will try to tell you.

Even if it’s just a few dollars, the earlier you start, the wealthier you get.

2. Invest When Others Are Fearful

I sort of lucked into this one. The majority of my first substantial stock market investments happened in 2008.

It was a scary time to be an investor. The financial crisis had reached full blown panic mode. The value of the market had plummeted by nearly half, and the newsflashes were everywhere. The talking heads were warning about how the end of the world was near.

I’m pretty sure I actually heard a World War III prediction in the middle of a reputable news broadcast.

Thankfully, Warren Buffet’s words were a beacon of light in the dark tunnel of media doom:

Taken this way, low stock prices weren’t something to be scared of. Stocks were on sale! Often 30-50% off!

And when productive assets are cheap, your future-self reaps the rewards.

In a few years, the market had recovered and then some, and my portfolio was forever boosted by the recession’s discounted stock prices.

That’s exactly what scary markets are: a cheap opportunity to boost up your portfolio.

Today, I look forward to the next recession. I got a taste of the wealth-building power of bargain stocks in 2008, and I’m hooked. You better believe I’ll be greedy. 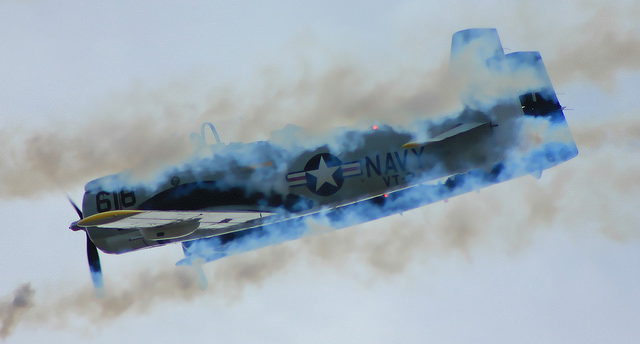 Investing during a recession can feel like this… Fight on smart investor, fight on!

3. Save Your Pretax Dollars First

Or how I learned to stop worrying and love the 401K. I remember the moment I finally made the jump and maxed out my 401K like it was yesterday.

“Uh… Money Wizard, that’s because it practically was yesterday”

True, I only just switched my primary saving method from a stock brokerage to my 401K barely over a year ago. And a year is hardly a blip in the investment world.

But with one nervous click of the mouse, I ramped up my IRA contributions from 5% of my paycheck to over 25%.

At first, I didn’t notice much. The world kept turning. Then I forgot about this adjustment for a while. When I logged back into my 401K account, I nearly had a heart attack! It was huge!

The rate of growth, especially compared to what’s possible using only after tax dollars, was simply staggering.

Investing directly into your 401K or similar pre-tax account drastically reduces your income in the eyes of the tax man. Less income earned = less taxes paid = more money to keep.

I save over $6,000 per year in taxes just from maxing out my 401K contributions.

“Sure, I think I’ll keep that money rather than using it to pay taxes for no reason, thank you very much.”

Mixed with the maximum yearly 401K contribution limits of $18K, we are looking at building our net worth by $24,000 every year, PLUS any market appreciation.

If you were to continue investing this amount until standard retirement age, how much money are you looking at? Try over $4 million.

Consumer debt is fascinating because it’s a recent creation. Car loans, mortgages, credit cards… Once upon a time none of these existed.

Until the early 1900s, debt had always been intended for businesses. Providing capital to businesses is an economic miracle grow. It allows them to invest in assets, to expand their business, and weather market fluctuations.

Debt for consumer purchases is personal financial poison. It tricks unknowing consumers into believing they can afford something they don’t yet have the money for. It dishes out the satisfying rush from a new purchase; instant gratification, without the prior work. Then the interest rates kick in, and a constant financial drain sucks your savings dry.

Trying to build wealth while paying any sort of interest is like swimming against the current.

*I have not included student loans in this category, which I’ll have to defer to M$M as the resident expert in this area. Admittedly, I was fortunate to avoid student loans thanks to extremely generous parents. I will not downplay the enormous positive impact of this on my ability to save.

If you’re currently battling student loans, check out any number of M$M’s excellent debt destroying articles. I hope this one just shows how incredibly awesome your savings can be once you’re free. 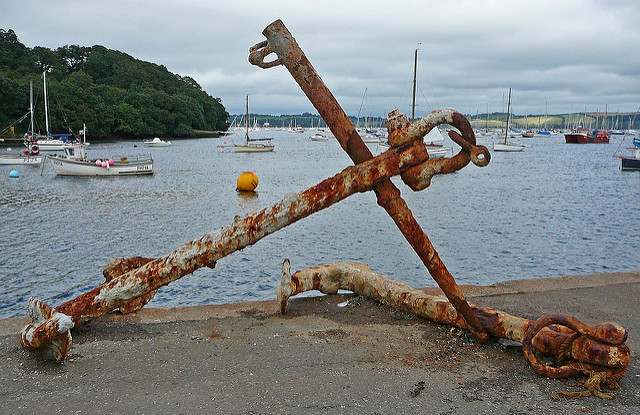 Throw that rusty anchor of debt back into the water, where it belongs!

Notice I only said to adopt a minimalist mindset. No, you don’t have to start enjoying furniture-less houses and plain white walls, and you definitely don’t have to purge, sell, or gift everything you own until all of your material possessions can be counted on one hand.

How much happiness do your possessions really bring you? How much of your time are you working to buy these things? How much time are you spending maintaining your stuff?

Living in a bigger house doesn’t mean you have a better home, it just means you have a larger house.

6. Don’t Keep Up with the Joneses

Screw the Joneses. They’re a financial mess and probably can’t afford most of what they own anyway.

Ignoring the expectations of others is probably the most important obstacle in the path to uncommon wealth.

Do you want to reach complete financial freedom, or do you want to impress strangers who plan on slaving away in middle management for the next 40 years? Freedom to do whatever you want when you want, or a fancy car that might make a stranger look twice?

The desire to appear above average ironically makes you extremely average. Freeing yourself from this desire is probably the most powerful hack in the frugal playbook.

7. Have a side hustle

For as long as I can remember, I’ve had a side hustle. When I was barely old enough to ride my own bike to school, I ran a baseball card business and lemonade stand that made me feel like an entrepreneurial mastermind for earning $30 in one month. When I was in college I bought, sold, and traded the ridiculously small niche that is slowpitch softball bats to ensure I still had enough to invest after a shockingly expensive beer drinking habit. Today, my blog is  hopefully on the verge of earning enough to keep its own lights on.

Side hustles are not just powerful through the extra income they create. They have a much more profound psychological impact in proving that your earning capabilities are not contingent on your annual salary, your boss’s opinion, or office politics.

Earning that first check from a side hustle slaps you in the face with the startling reality that your earning power is entirely determined by you.

Everyone has some skill or motivation that makes them valuable. Find yours. You’ll have $100,000 before you know it.

Be sure to pick up a free Personal Capital account to track your own net worth! 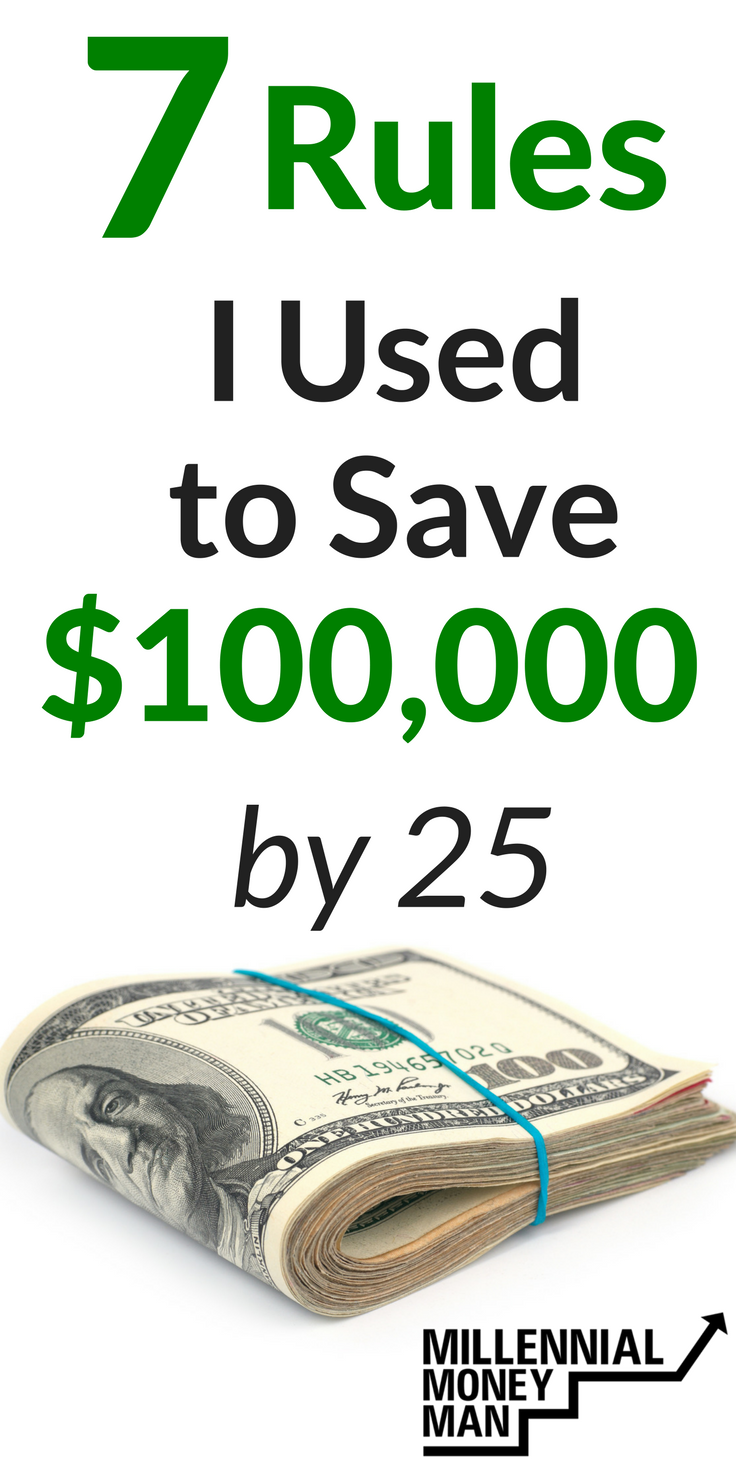